India’s ancient minority Parsi community are pinning their hopes on modern methods such as speed-dating, social networking and IVF to stop their numbers vanishing, finds the BBC.

Inside a small classroom, a group of young boys sways back and forth, reading aloud from the ancient scriptures of the Zoroastrian faith – one of the world’s oldest religions.

Dressed in white robes with little black caps, these young members of India’s Parsi community are preparing to eventually enter the priesthood.

"The scriptures of the Zoroastrians are perhaps the oldest of any religion," says Ramiyar P Karanjia, principal of the Dadar Athornian Institute in Mumbai (Bombay).

"If we keep alive the practices then we are keeping alive a large part of the religion and religious tradition."

Preserving their tradition is very important to the Parsis, more so because of their community’s diminishing size. 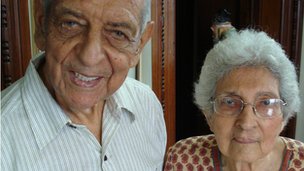 Their faith, thought to have been founded in Iran about 3,500 years ago, was once one of the world’s most powerful religions. It teaches there is one God, Ahura Mazda (Wise Lord), and fire represents His wisdom.

There are only an estimated 140,000 Parsis remaining worldwide, mostly in India, where they fled persecution in Iran in the 10th Century.

Despite its modest size, the community has been instrumental in India’s economic rise.

Some of the country’s biggest industrialists are Parsi, including the globally renowned Tatas.

"When they landed in India the Parsis turned their back on Iran here and decided that India would be their new country," says Kekoo Gandhy, a Parsi who helped found India’s contemporary art movement in the 1940s.

We’re sitting inside his stately mansion on the Mumbai seafront as he leafs through old black and white family photographs.

He adds: "Unlike the British, who came to get the best for themselves, we wanted to give the best of ourselves to make India great."

It’s a spirit best exemplified by 90-year-old Boman Kohinoor, who owns the Britannia, known locally as Irani Cafes, one of the last remaining Parsi restaurants in the city.

It is packed to capacity at lunchtime, as Mumbai residents and Parsi families wait for a taste of authentic Parsi cuisine.

Popular dishes include the exotic berry pulao – a rice dish similar to an Iranian pilaf – or the much loved dhansak, a lentil and meat stew. 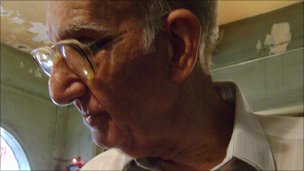 Mr Kohinoor still takes orders even though he’s a little hard of hearing.

"My father and grandfather moved to India from Iran in 1922," he shouts over the din.

"I’ve been working here since I was 13. Every day I come here to try and tell people all about Parsi food and Parsi culture."

But despite their enterprise, the Parsis are also an insular community, which might just have caused their downfall.

"We don’t allow [religious] conversion, we don’t allow intermarriage – how will we survive? In a few years we may die out altogether, or just become a tribe," Mr Kohinoor adds, waving his hand emphatically to make his point.

It’s a dilemma that some in the Parsi community are trying to address. For the past five years a unique community-driven fertility project has counselled young couples who are finding it difficult to conceive.

Porus Hakim and his wife Anahita are one of 526 couples who have signed up and are now the proud parents of twin girls born through in vitro fertilisation.

"It was basically aimed at creating awareness among young couples to encourage them to conceive early and not wait till they are 35 or older," says Dr Anahita Pandole, who heads the Parsi Fertility Project.

"Unlike other communities, most Parsis wait till they are financially secure and have their own apartment. There is also little social pressure to marry. So by the time they are ready to conceive, it may not be the best time for their reproductive cycle."

It’s an initiative that’s caught the attention of the Indian government, which has extended its financial help.

But some are taking things further. 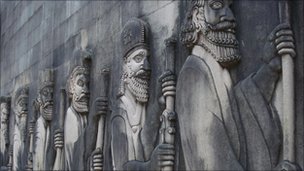 The Parsis have faced persecution in the past

Inside a smart Mumbai bar, young, trendy couples sip cocktails and let their hair down.

They’ve been brought together by ZYNG – which stands for Zoroastrian Youth for the Next Generation – a group that uses Facebook, speed-dating and other social events to encourage young Parsis to get together and marry.

"We are such a small community, that within our schools, universities or workplaces it’s often hard to find a Parsi," says Tashan Mistree, who helped set up the organisation.

"We want to be able to provide that forum for young Parsis to meet."

But the mood here is optimistic. Many point out that the Parsis were always small in number, so it’s unrealistic to expect them to match some of the world’s bigger ethnic communities.

"I am not worried about the future," says Darius, who’s recently married a Parsi from the city.

"Through the ages we have survived persecution, we’ve been driven out of Iran and we’ve still made it against the odds. Ultimately, it’s God’s will and I leave it up to Him."

From Nargol to Udvada: A Walk on the Beach →