The 31st Annual General Meeting of the Federation of Zoroastrian Associations of North America was hosted by member association California Zoroastrian Center at their Dar-e-Mehr in Westminster California over 4 days.

Over 70 official participants formed part of a larger group of friends attended this annual event held over the last weekend of April every year.

This year’s event started with a series of programs on the Pre-AGM day Thursday April 26, 2018. A jashan ceremony organized by the North American Mobed Council and led by Ervad Zarrir Bhandara kickstarted the four day program. Ervad Bhandara was joined by other mobeds and mobedyars. This was followed by a detailed presentation on the functioning, challenges and future initiatives of the North American Mobed Council by its president Ardaviraf Minocherhomjee. In the afternoon an informative discussion was led by Dr. Dolly Dastoor and Ardeshir Irani on FEZANA’s participation in the upcoming Parliament of Worlds Religions in Toronto in November 2018. A second session was led by Rohinton Rivetna on Infrastructure needs in North America and what FEZANA and its member associations and Zarathushtis in North America can do to make some of the ideas come to fruition. 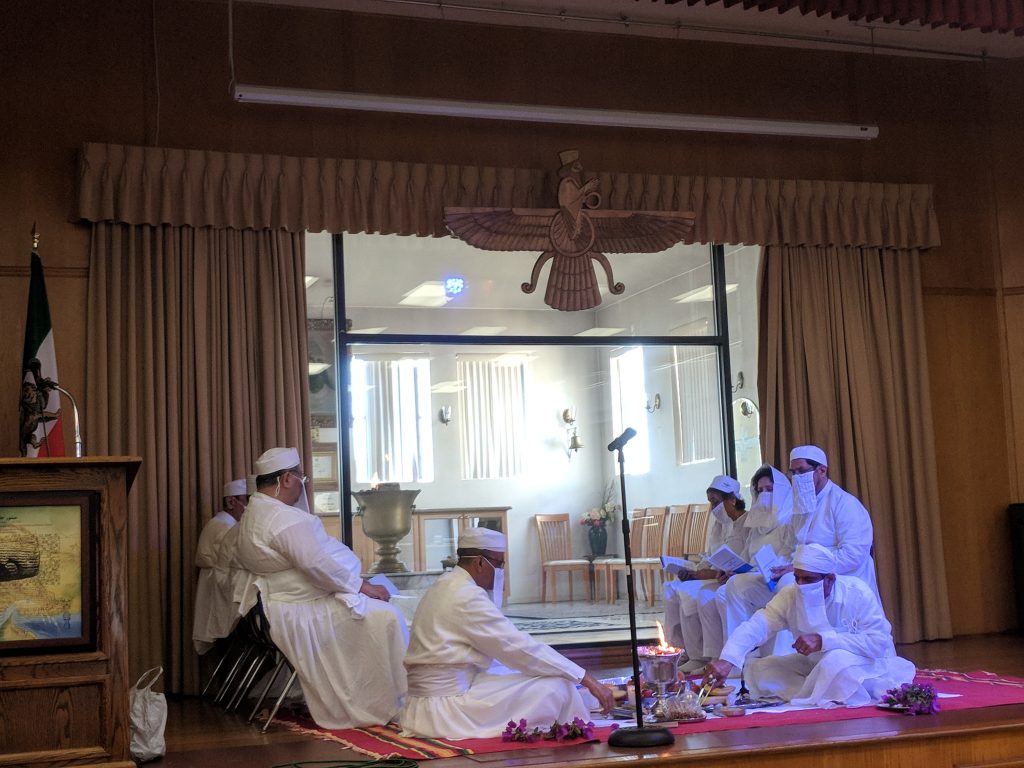 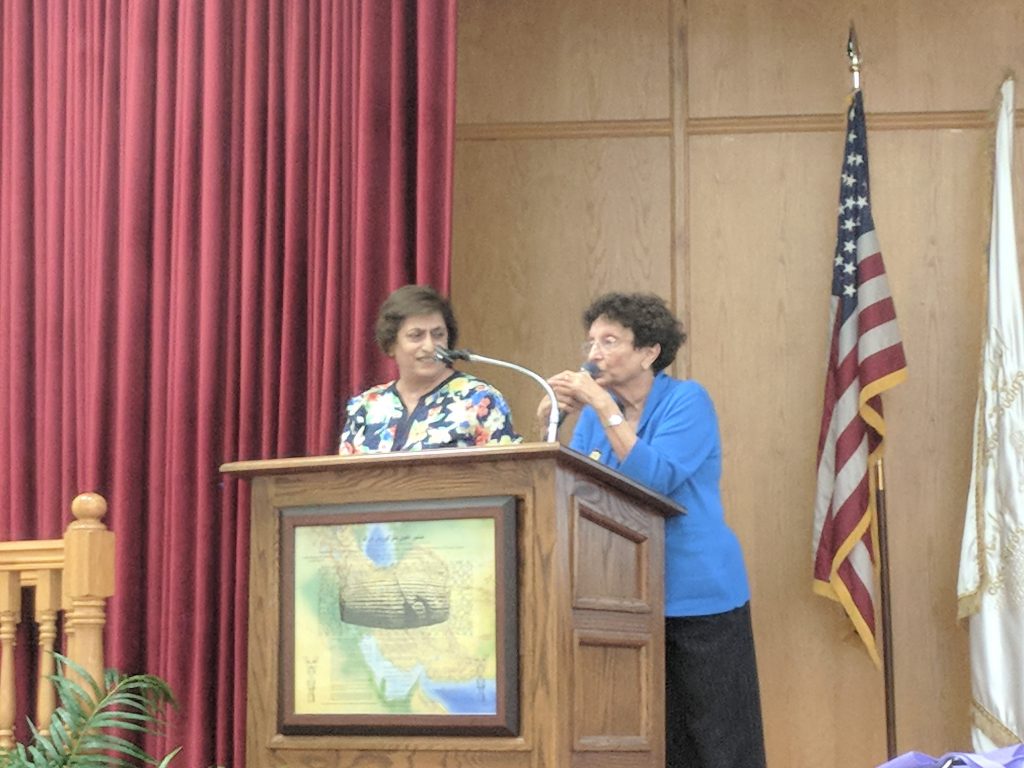 In the evening the entire group went out to Huntington Beach to see the sun set with a beautiful bonfire. The evening was planned out by Cyrus Irani and his team from the host CZC, and everyone had a memorable (and cold) time sharing stories and making memories.

The official AGM program began on Friday April 27th, 2018 with a benediction led by our Ervadsahebs. FEZANA President Homi D. Gandhi called the meeting to order and welcomed all the participants.

In a short presentation, FEZANA remembered three of its stalwarts Dhunmai Dalal, Professor Kaikhosrov D. Irani and Dr. Farhang Mehr who passed away in the last year. The contributions of these three individuals in the formation of FEZANA and their continued guidance over the last three decades was celebrated. 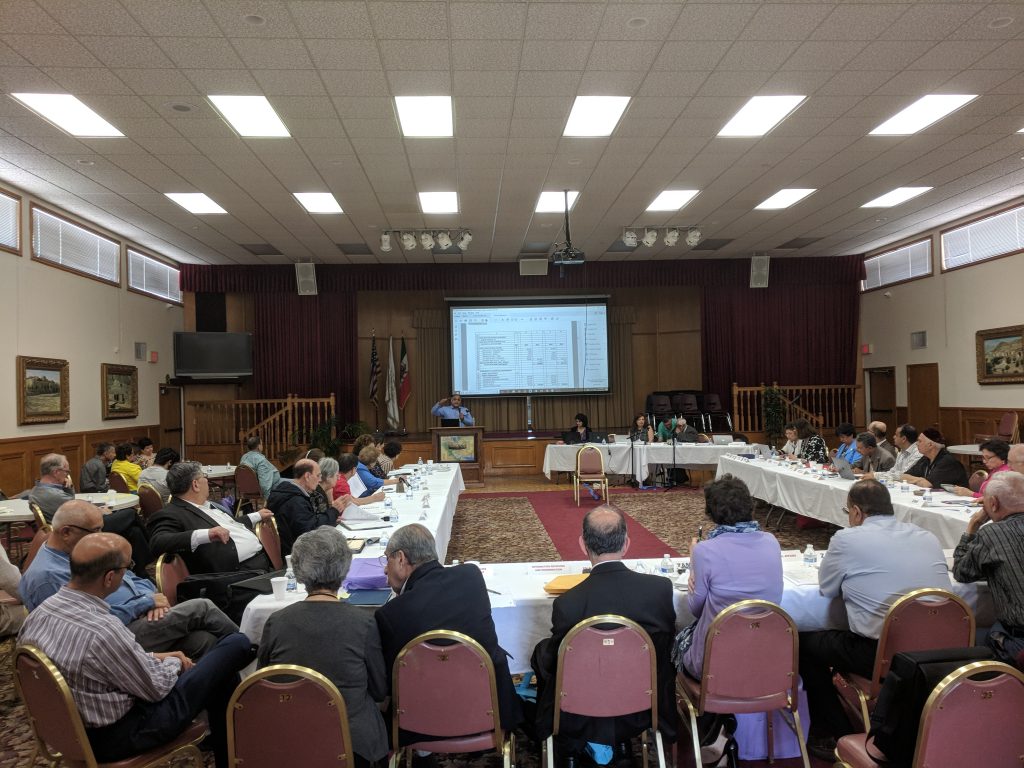 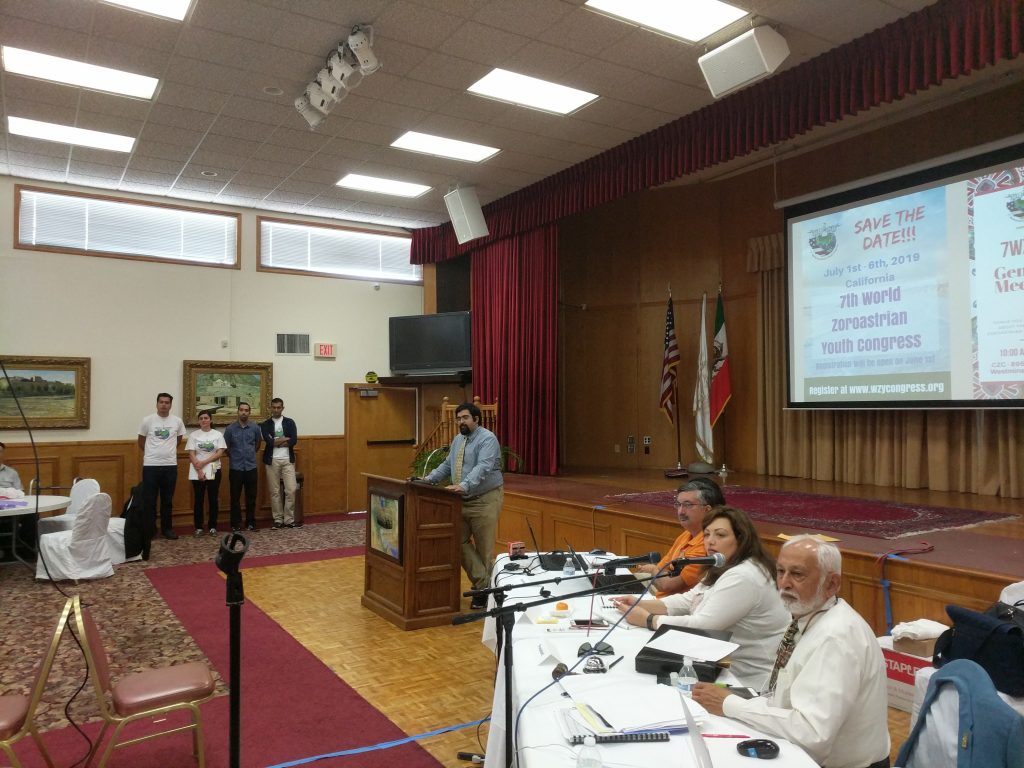 Homi D. Gandhi gave his Presidential address where he laid out the work done by FEZANA and its members, committee chairs and executives over the past year. He also addressed some of the success stories and asked those present to help brainstorm some of the issues we all need to address in the days months and years to come. FEZANA Vice-President Arzan Sam Wadia, Secretary Percy M. Master and FEZANA Administrator Zenobia Damania all spoke about their activities in the past year and action items for the year ahead.

Results of the elections were announced. FEZANA is happy to announce the re-election of Homi Gandhi as President for his second two year term. FEZANA also welcomed Rooky Fitter of Zoroastrian Association of California-Los Angeles as the new FEZANA Treasurer.

Homi Gandhi also thanked past FEZANA Treasurer Shirin Jahanian and past Assistant Secretary Afreed Mistry who stepped down at the end of their respective terms.

FEZANA conducts its activities through a series of Standing and Ad-hoc committees. This year we are happy to announce that the FEZANA UN-NGO committee was voted to become a Standing Committee at FEZANA.

All FEZANA committees presented the work they did right through the year in a series of presentations and annual reports. This allowed for a review of the activities of FEZANA and provided the committee chairs and member associations to find potentials to collaborate on projects that are mutual in intent.

Evening celebrations were organized by the Zoroastrian Association of California, Los Angeles at their new center in Orange, California. A humbandagi at their new Atash Kadeh began the evening festivities. The ZAC-LA kids and toddlers put up a beautiful entertainment program and ZAC-LA members Shazneen Gandhi and Gulshan Pagdiwala gave a sneak peak of their upcoming children’s book Hello World. The evening ended with an amazing spread of food enjoyed by all.

Saturday April 28, 2018; the second day of the AGM began with a benediction. This was followed by a video presentation FEZANA had made at the last Iranshah Udvada Utsav. Titled “Zarathushtis in North America: A FEZANA Perspective” it showcases the work of FEZANA in the recent past.

FEZANA and its member association CZC will also be the hosts of the 7th World Zoroastrian Youth Congress in July 2019. The Executive committee of the 7WZYC2019 made a detailed presentation at the AGM. Periodic updates on the Congress can be found on their website and Facebook page.

FEZANA AGMs are a place where member associations present their activities from the past year and this time was no different. Associations shared success stories and innovative ideas, programs and asked their fellow members for suggestions to unique problems. 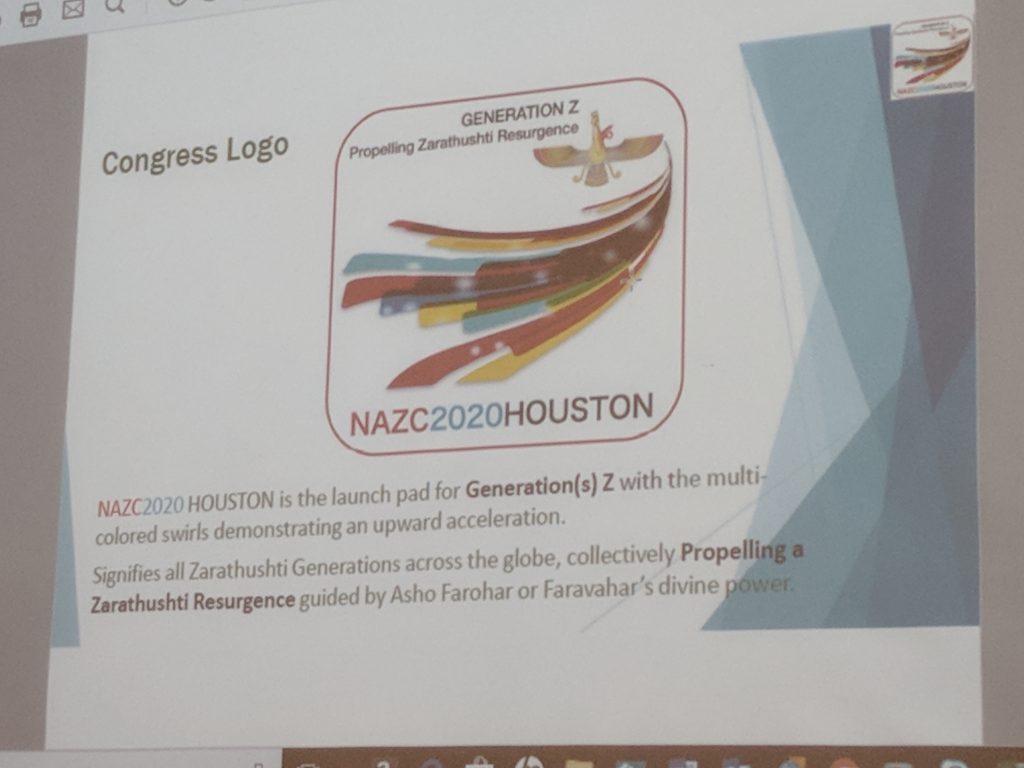 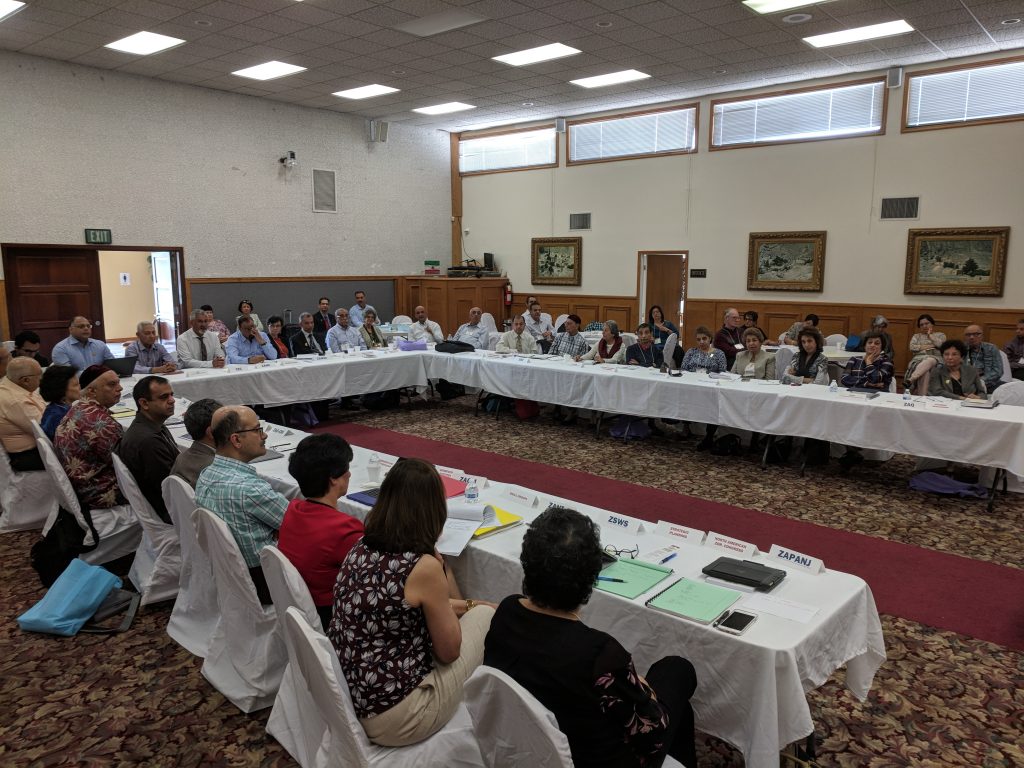 The afternoon session put Hamazori in practise as various presentations were held by organizations that FEZANA works and partners with all the time. The youth participants of the Zoroastrian Return To Roots (RTR) program spoke about their recent trip to India in December 2017. The World Zoroastrian Chamber of Commerce President Edul Daver spoke about the new initiatives WZCC has put in place and outlined areas where they are collaborating and working with FEZANA and its member associations. The North American Mobed Council President Ardaviraf Minocherhomjee spoke about the work done by NAMC and an interesting discussion on the role and future of mobeds in North America followed. FEZANA Vice President Arzan Sam Wadia was a participant at the recently concluded 1st World Zoroastrian Youth Leaders Forum at the ASHA Center in United Kingdom and presented an update of that Forum and the upcoming initiatives by the attendees at the WZYLF.

Bids had been invited for hosting FEZANA’s 32nd AGM in 2019 and FEZANA Corresponding Member Central Florida Group was selected as the host of the next AGM. This is the second time that this small group within FEZANA is hosting an AGM. However in what will be a first of its kind, they will also host the WZCC Global AGM around the FEZANA AGM. Tentative dates for WZCC Global AGM and FEZANA’s 32nd AGM are early May 2019. The WZCC AGM will be over Wednesday and Thursday May 1-2, 2019. The FEZANA AGM will then begin on Friday May 3 to Sunday May 5th, with the WZCC Awards Gala Night on Saturday May 4th. The event will be held in Orlando Florida. More details on this in the weeks to follow. 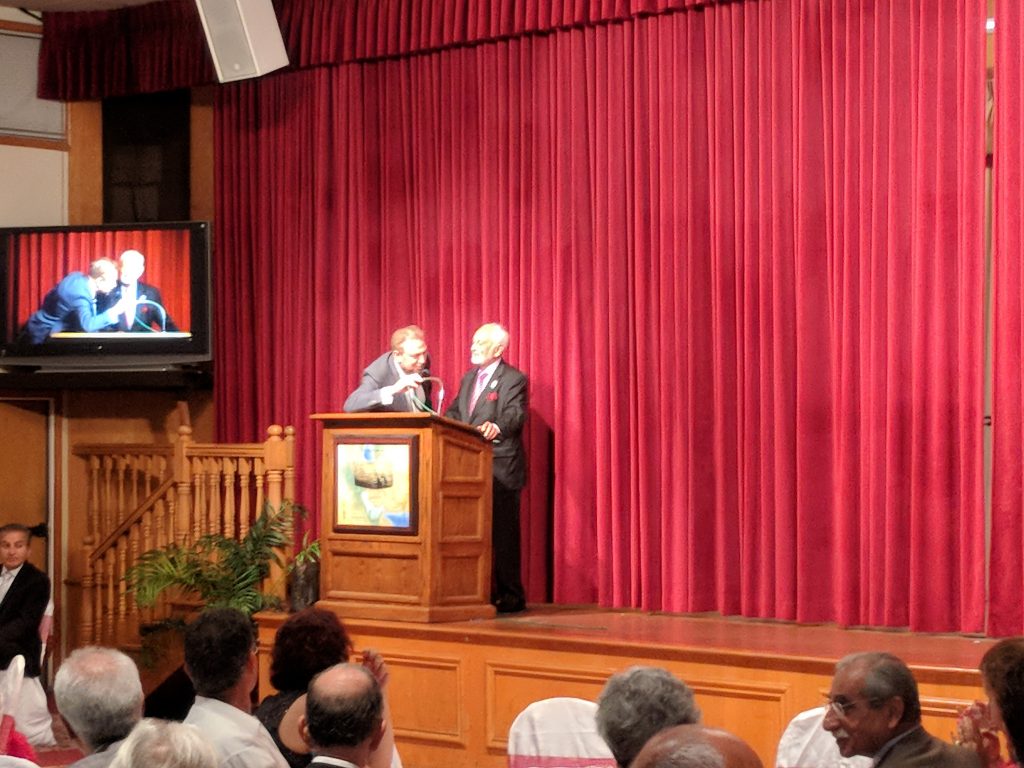 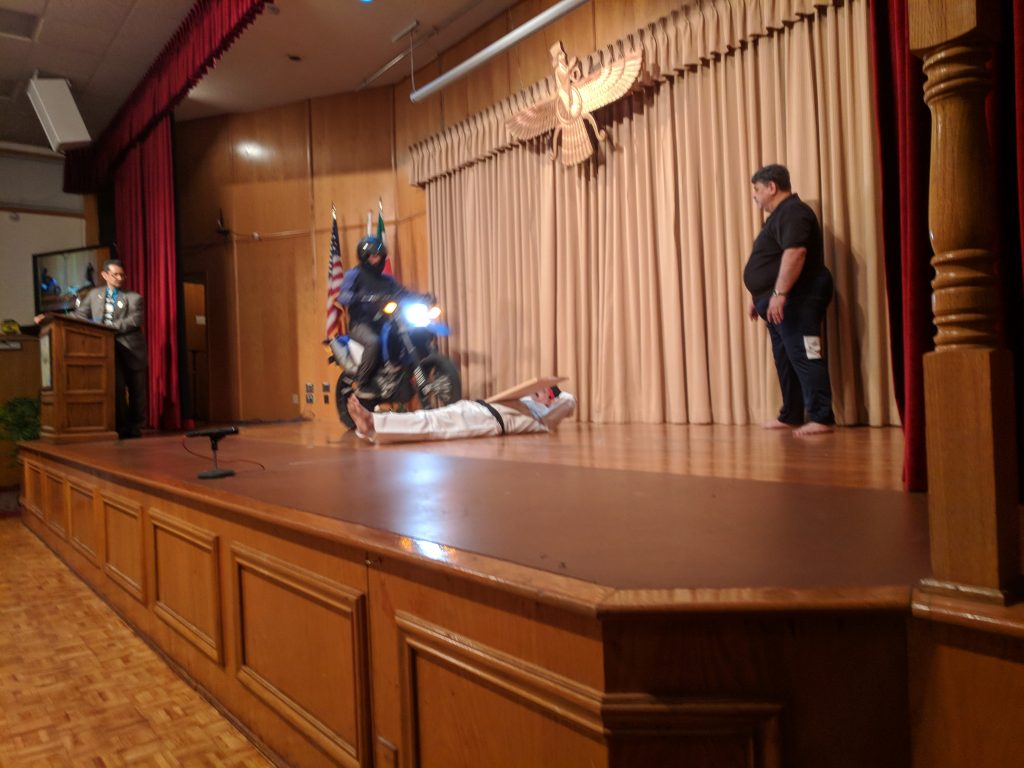 Arman Ariane the President of the Board of Trustees of CZC felicitated Daryoush Irani and Benham Abadian for their contributions to CZC over the decades. The evening ended with a fantastic spread of Persian food and dancing.

Sunday April 29th was the last day of the AGM. After the morning benediction, Meherji Madon gave an update on the movie On Wings of Fire that has currently been restored to digital specs.

FEZANA past presidents Katayun Kapadia and Rohinton Rivetna addressed the AGM and spoke about what they have been doing since their terms ended and the initiatives they want to continue to see succeed in the years to come at both the FEZANA and the member association levels.

Since 2017, FEZANA Executive has introduced the FEZANA Open Forum which is a free-for-all discussion on a variety of topics that participants want to speak about. This has been a very valuable initiative where all the official participants and those in the audience get to express their thoughts on some of the topics discussed at the AGM and others that they would like to bring up to FEZANA.

The AGM concluded with the Closing remarks by President Homi D. Gandhi who touched upon the discussions at the AGM and FEZANA’s and his own vision for the year(s) ahead.

The post AGM session saw all of the participants drive to CZC’s Valley Dar-e-Mehr in Canoga Park to participate in the WZCC Southern Californai Chapter’s meeting. The CZC’s LA Valley Dar-e-Mehr was recently renovated with a beautiful facade restoration and everyone got an opportunity to visit this center.

WZCC Southern California Chapter event started with a video call with Danny Khursigara, the award winning author and banking professional from Hong Kong who did a Q & A with chapter Chair Kavasji Dadachanji. This was followed by an inspiring talk by Arman Ariane, who spoke about his journey and business initiatives. The keynote talk was given by Edul Daver, the Global Chairman of WZCC who spoke about his business journey with Acupowder. 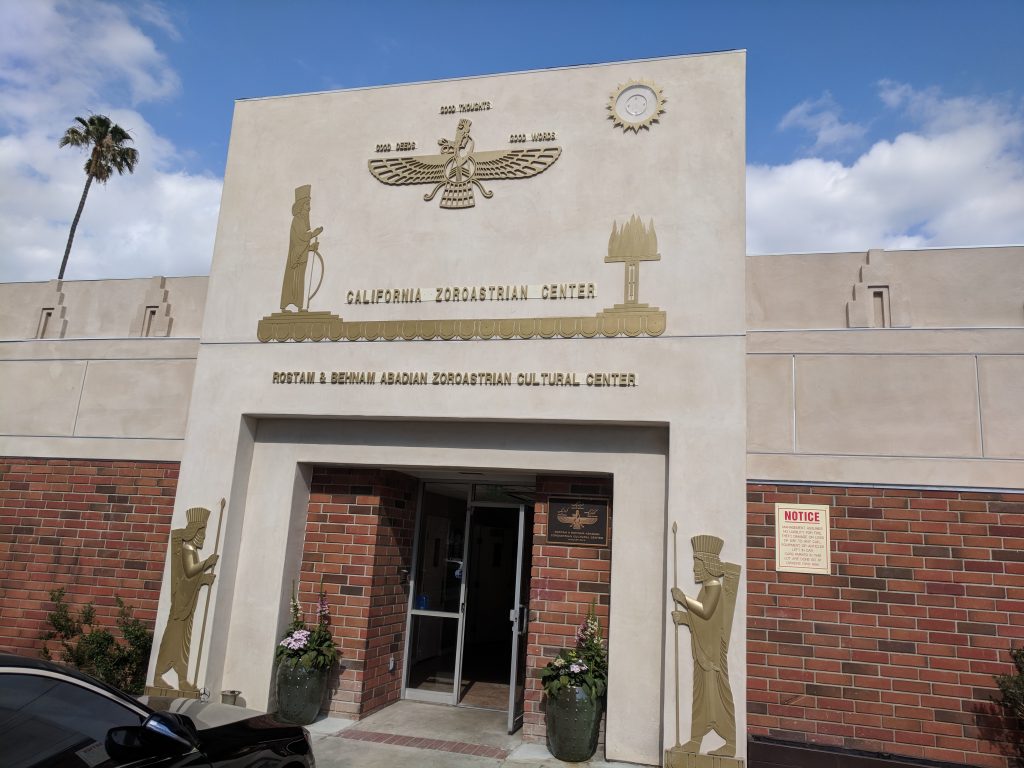 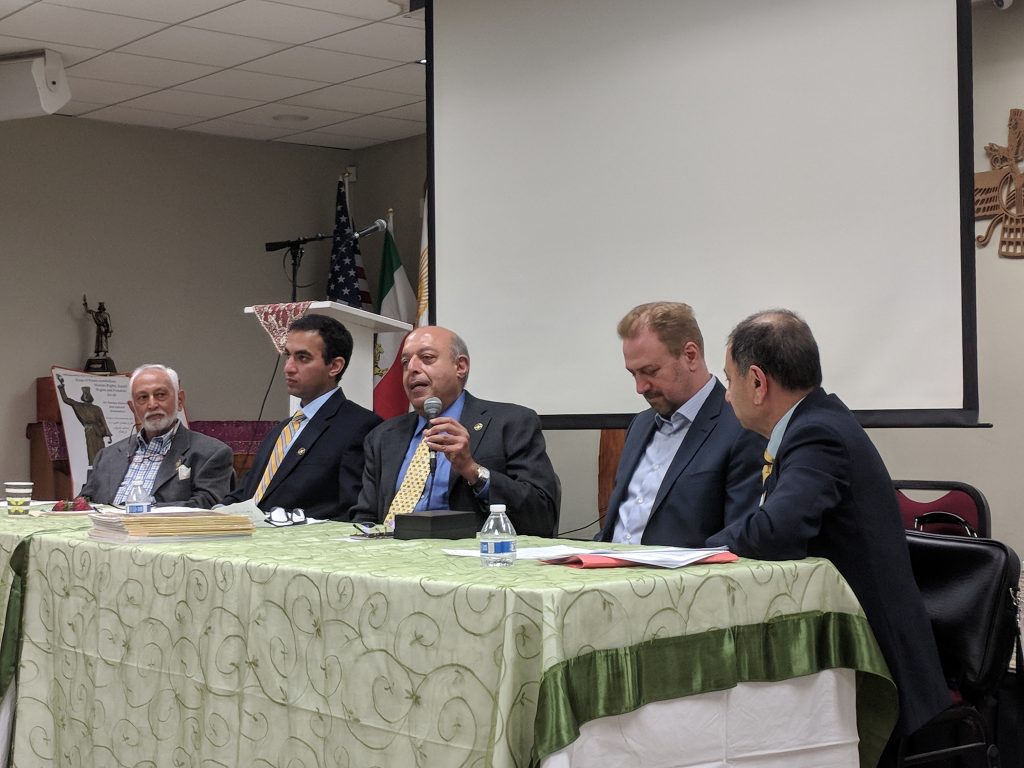 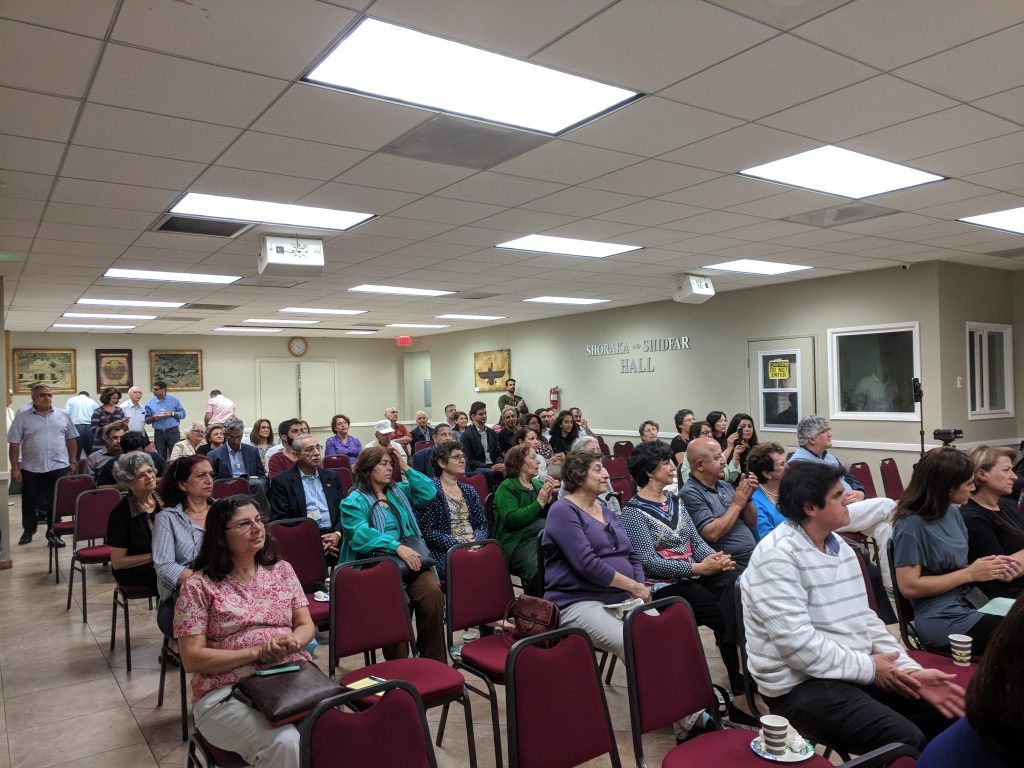 A hearty Persian buffet followed the talk as participants started bidding goodbye’s with promises to meet up in a year in Orlando.

No event of this size can be successful without the countless hours of volunteer work that is put in by dozens of volunteers. The team at CZC aided by ZAC-LA completely outdid themselves in producing a truly memorable AGM with fantastic events, entertainment and great hospitality.

In Coversation with Kaiyan K. Mistree →