‘His works represent an important segment in contemporary dance expression in India,’ the Sangeet Natak Akademi had said. Dance pioneer Astad Deboo passed away in the early hours of Thursday, his family said in a brief announcement. He was 73.

“He left us in the early hours of December 10, at his home in Mumbai, after a brief illness, bravely borne,” the announcement on social media said. “He leaves behind a formidable legacy of unforgettable performances combined with an unswerving dedication to his art, matched only by his huge, loving heart that gained him thousands of friends and a vast, number of admirers.”

The announcement added: “The loss to the family, friends, fraternity of dancers, both classical and modern, Indian and international, is inestimable.May he rest in peace. We will miss him.”

Deboo is noted for creating a modern dance vocabulary that was uniquely Indian.

He “has created a dance-theatre style which successfully assimilates Indian and Western techniques”, said the citation for the the Sangeet Natak Akademi he received in 1995 for his contribution to contemporary creative dance and a Padma Shri in 2007.
“He has experimented with a variety of forms, themes, concepts and performance spaces, and has collaborated with other dancers, composers and designers to create innovative works of aesthetic value,” it said. “His works represent an important segment in contemporary dance expression in India.”

Deboo, who was born on July 13, 1947, in the town of Navsari in Gujarat, began to train in kathak under Prahlad Das in Kolkata and in kathakali under EK Pannicker.

He was noted, among other collaborations, for his work with hearing impaired people and with street children.

In an interview with Ranjana Dave in Scroll.in in 2018 looking back on his 50-year career, Deboo said that he drawn in influences not only from dance but other artistic disciplines too.

“My main problem was that there were no dancers who wanted to work with me,” he said. “Indian classical dancers would come to me in order to start exploring their own language, but they were always afraid of being rusticated by their gurus. So, I turned to other performing arts disciplines – puppetry, thang ta and pung cholom. I liked that they had a vocabulary of movement I could create with.”

The great dancer-choreographer has lost none of his grace and curiosity: ‘I may be 71, but I don’t feel 71.’

n 1967, the Films Division of India commissioned filmmaker SNS Sastry to make I am 20, a film on the hopes and desires of Indian citizens born on August 15, 1947. As the first generation born into an independent India, they were finding their place, and the film probes their philosophical thoughts and material aspirations – from the progress of the new nation to the need to have a versatile wardrobe, to an anticipation of the future, tinged with Nehruvian optimism.

As the film celebrated patriotic responsibility and distinct individuality as seen among young Indians in the 1960s, another twenty-something, the choreographer Astad Deboo, was embarking on a journey of his own. His time as a college student in Bombay had brought him closer to new developments in music, visual arts and theatre, while giving him the opportunity to watch performances by travelling dance companies. While his father saw college as a step towards feasible career choices, the young Deboo was keen to see what he could make of dance. Now, several decades on, Deboo will celebrate his fiftieth year as a professional dancer in 2019.

After a childhood spent training in kathak, Deboo deployed an autodidactic impulse in the way he shaped his dance experiences as a young adult. Sometimes he traded lessons in kathak for lessons in contemporary dance technique. On other occasions, he was only allowed to observe – when he travelled east to watch kabuki, the classical Japanese dance-drama, for instance.

On one trip, Deboo boarded a cargo ship to the Persian Gulf, sharing space with goats and sheep. There is an oxymoronic charm to watching an older Deboo, clad in crisp, pristine white, recount his days spent loitering on the deck to avoid his pastoral living arrangements in the innards of the ship. This was a world that bore fewer geopolitical connotations – one that enabled a journey from Iran to London – where performative experiences, not border crossings, became the most memorable signposts of the journey.

The Asian performance traditions Deboo observed in trips to Indonesia and Japan fed his dance language. He was inspired by the hand gestures used in Balinese dancing, an influence that endures in his use of the limbs as quivering extremities, his fingers making their way through transitory states, not necessarily consolidating themselves into legible gestures. The face has remained mobile territory, with the eyes, lips and minor facial muscles drawn into the conversation.

In our conversation, Deboo describes a piece he made for the East West Dance Encounter in 1984, a watershed event in the history of contemporary practice. The Encounter was a meeting of Indian and German choreographers, and Deboo had just returned from spending time with the German choreographer Pina Bausch in Wuppertal. His piece for the Encounter revolved around a character named Joglekar and his daily life in Mumbai. Deboo recalls being upbraided for his use of Bollywood music, but remembers the work for how it highlighted a strain of light-heartedness that he was fond of locating in his work, regardless of its overarching themes or frameworks. 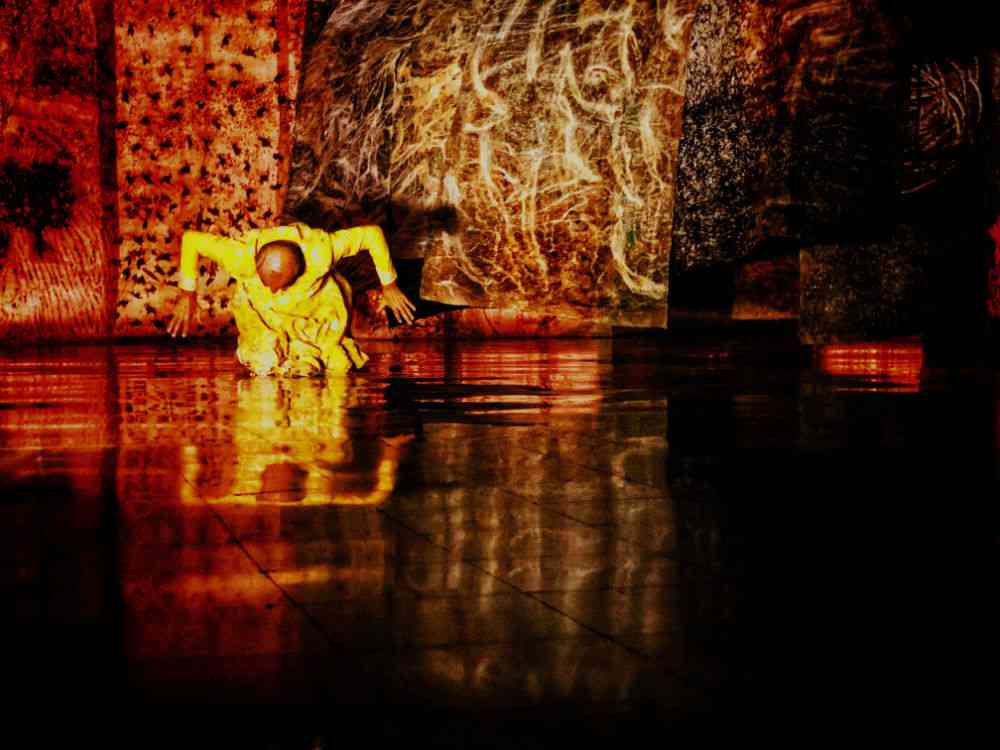 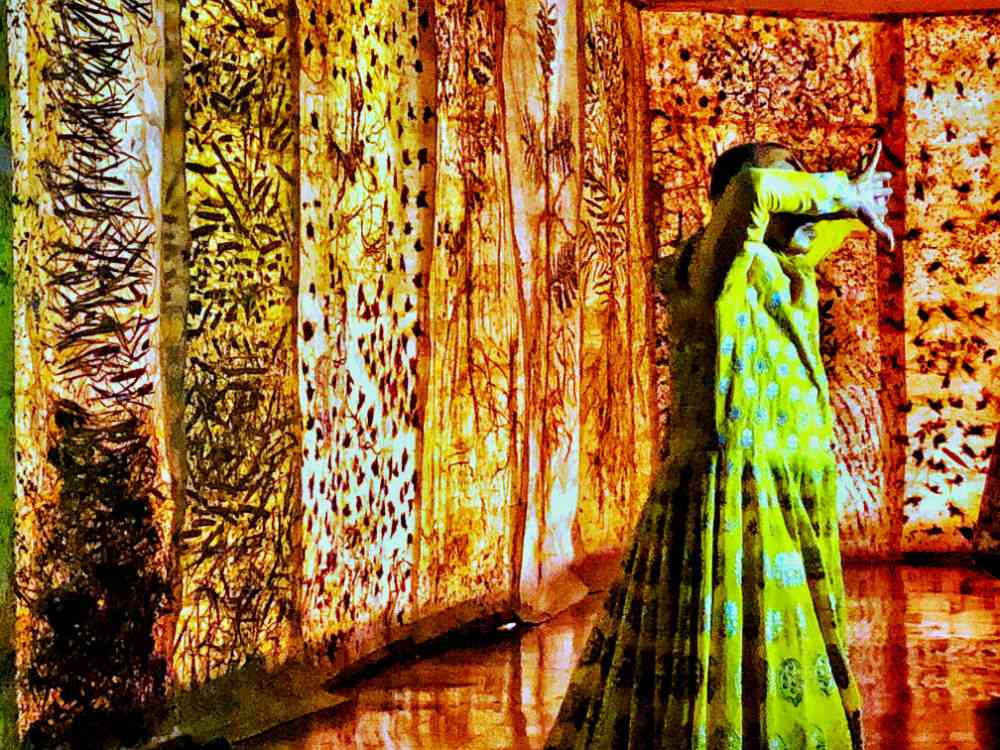 Deboo’s career has been characterised by long spells of work with artists trained in other performance disciplines. “My main problem was that there were no dancers who wanted to work with me,” said Daboo. “Indian classical dancers would come to me in order to start exploring their own language, but they were always afraid of being rusticated by their gurus. So, I turned to other performing arts disciplines – puppetry, thang ta and pung cholom. I liked that they had a vocabulary of movement I could create with.” The challenge was to find a way to choreograph with different vocabularies, without imposing on the fundamentals of those forms. Deboo says that he has seen the artists working with him draw from elements of staging and presentation he uses, then incorporating these elements into their presentations of traditional choreography.

In my years living in Mumbai, I also saw Deboo in another avatar – as an avid viewer of works by younger contemporary practitioners. He showed up to watch the premiere performances of first-time choreographers, and agreed to teach the occasional workshop, exhorting dancers to be bolder with their movement decisions. “When I struggled, I wanted to see what others were doing,” he said. “I was curious about the ways in which their work was received. I am very approachable and open.” Deboo has mixed feelings, though, about the ways in which the term contemporary is used blasphemously, as he puts it, often with little training or rigour to support the label. He is optimistic, however, about the work of a few young choreographers, and tries to follow their work and track their careers.

A chance meeting in Sweden in 2014 with one such choreographer, Rani Nair, led to An Evening with Astad, a biographical dance that recaps some of his earlier work in a performative conversation between the two collaborators. When she first began working with Deboo in Delhi, Nair had just performed Future Memory, a citational rendering of a Kurt Jooss piece she inherited from a dancer named Lilavati after her death. This interest in using dance to retell histories of movement and practice endured in their collaboration on An Evening with Astad.

Nair asked him questions he hadn’t encountered earlier, including about the provenance of Deboo’s trademark twirling. The twirling had featured in Deboo’s performances in the last fifteen years or so.It came from his kathak training, he said, but he had truly discovered its place in his work while at a discotheque in Mexico. “I’m a big disco person, you know,” he bashfully told Nair. All the twirling – sometimes up to ten minutes of it – unfolds in an extremely heightened state of awareness. This is no trance – Deboo specifies he can sense every aspect of the movement and its resonance in the space around him, using the constant movement to play with speed, music and to create sharp juxtapositions of energy in the performance.

The twirling, though, is receding from his work, he says. His latest preoccupation is working with his back and finding the strength to stay in challenging positions that engage the back for minutes. “I may be 71, but I don’t feel 71,” he said. Fifty, then, is just another number.

All photos by Ritam Bannerjee.