In 1933, a sari-clad teenager made international headlines.

Avabai Wadia, 19, became the first woman from Ceylon (now Sri Lanka) to pass the bar exam in the United Kingdom. Her success encouraged the Ceylonese government to allow women to study law in the country. This was not the only time Wadia spurred government policies on women’s rights. By the time she died in 2005, she had become a globally respected figure in the family planning movement, combining a lawyer’s acumen with a dedication to socially uplifting women.

Wadia was born in 1913 in a progressive Parsi family in Colombo. After qualifying as a lawyer, she worked in both London and Colombo despite omnipresent “masculine prejudice”.

She moved to Bombay (now Mumbai) during World War Two and immersed herself in social work, but found her true calling in family planning.

“It seems my life work presented itself to me rather than my consciously searching for it,” she wrote in her autobiography, The Light is Ours. “I did not feel it a waste not to carry on with a legal career, for law was a fortifying element in all that I undertook.”

When she began working in the field in the late 1940s, family planning was a taboo topic across much of the world.

Aside from stoking opposition from religious conservatives, it also had ugly links with racism and eugenics.

“The first time I heard the words ‘birth control’, I was revolted,” Wadia noted. But she was profoundly affected by a female doctor in Bombay who said that Indian women “oscillated between gestation and lactation until death wound up the sorry tale”.

Despite the threat of social ostracism, Wadia plunged into the cause.

In 1949, she helped establish the Family Planning Association of India (FPAI), an organisation she would head for 34 years.

FPAI’s work ranged from promoting contraceptive methods to providing fertility services – the latter gave Wadia “a real sense of satisfaction” since she had suffered miscarriages and had no children. It was in large part due to Wadia’s efforts that the Indian government became the first in the world to officially promote family planning policies in 1951-52.

Under Wadia, FPAI adopted a decentralised, community-based approach, working with the urban poor and villagers from some of the most impoverished regions of India.

This meant that, quite often, the FPAI did “anything but family planning” – it undertook projects ranging from reforestation to road-building.

Linking family planning with a holistic agenda of education, skill development and health, Wadia and her team employed creative communication techniques such as singing bhajans (devotional songs) with social messaging and organising a family planning exhibition which zipped across the country by train. 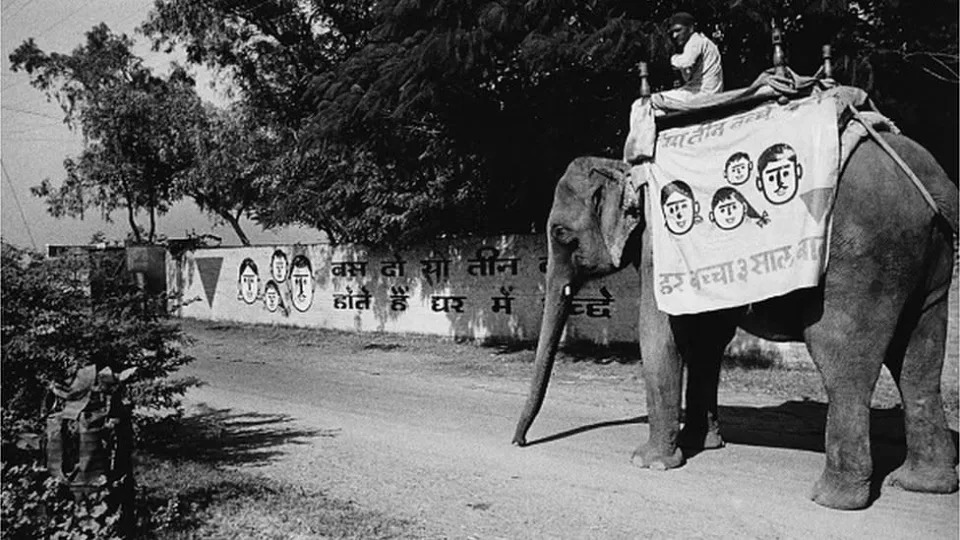 For instance, a project which began in the 1970s in Malur in Karnataka, resulted in reduced infant mortality, a significant increase in the average age of marriage, and the doubling of literacy rates. The project evoked such popular support that villagers took over its management after FPAI exited the scene.

Perhaps due to her international upbringing, Wadia brought a global perspective to Indian family planning.

Inspired by the success of South Korean mothers’ clubs, which bolstered widespread acceptance of family planning in rural areas, she organised close-knit groups where women could discuss pressing social issues ranging from dowry to female under-representation in politics. At the same time, she became a leading figure in the International Planned Parenthood Federation (IPPF), spotlighting the unique challenges faced by India in controlling its ballooning demographics.

During the Emergency, which was imposed from 1975 to 1977, the Indian government adopted draconian population control measures including forced sterilisation. Wadia condemned this, warning against coercion in family planning programmes and declaring that participation had to be strictly voluntary. Family planning was beginning to show good results but, she lamented, the Emergency “brought the whole programme into disrepute.”

In the early 1980s, Wadia faced another formidable challenge as president of the IPPF. She locked horns with the administration of US president Ronald Reagan, which cut funding from the country to any organisation which provided or endorsed abortion services.

Although the IPPF did not officially promote abortion, some of its affiliates provided abortion services in countries where it was legal.

The IPPF refused to cave into US pressure to change this arrangement, resulting in a loss of $17m in funding to its programmes.

Wadia ridiculed the Reaganite notion that free market economics would combat population growth. Anyone who believed that, she averred, “has never been anywhere in the developing word – there are too many of the absolute poor, and you just can’t leave it to laissez-faire”.

In many ways, Wadia’s career is of pressing relevance to contemporary dilemmas in family planning.

In the United States, conservatives have argued that the reversal of abortion rights in Roe v Wade should be followed by reconsideration of rulings on contraceptive access.

Wadia – who was involved in conceptualising India’s own abortion law – worried about how abortion could be weaponised in a larger movement against birth control. “Those who try to confuse the public by equating abortion with family planning,” she argued, “are trying to destroy human and individual rights.”

Today in India, political debates abound about employing disincentives and coercive elements to restrict the sizes of families. Wadia cautioned against such approaches.

“We cannot support disincentives which do not uphold basic human rights,” she said in 2000, when Maharashtra state – in a bid to enforce a two-child norm – considered stripping any third-born child of food rations and free primary education. “In practice, anyway, we have found that disincentives don’t work.

These events have demonstrated that family planning is intrinsically linked to law and politics. Perhaps it was fortuitous, therefore, that India had a pioneering female lawyer as one of the principal architects of its family planning movement.

Above all, Wadia’s career is a reminder that family planning cannot be divorced from overall socioeconomic development.

“More than anybody else,” he said, Wadia “knew that if our population policies go wrong, nothing else will have a chance to go right”.

Parinaz Madan is a lawyer and Dinyar Patel is a historian.

'Jiyo Parsi': Govt Encourages The Community Members To Get Married And 'Restore' Population →