Khushroo N. Suntook, chairman of Mumbai’s  National Centre for Performing Arts, has been trying to change that. In 2004, after attending a concert in London, Mr. Suntook was inspired to revive Western classical music in Mumbai by setting up India’s only symphony orchestra.

“What we heard really stunned us,” Mr. Suntook recalls. After the concert, he went backstage to meet Marat Bisengaliev, a violin virtuoso, and invited him to perform in India.

Mr. Bisangaliev, who is from Kazakhstan, accepted the offer. Mr. Suntook decided to take it a step further and asked the musician whether he wanted to set up an orchestra in India.

“He looked at me as if I was out of my mind,” Mr. Suntook recalled. But the violinist soon came around to the idea: Mr. Bisangaliev has been directing the Symphony Orchestra of India for the past six years, since its inception.

“Very often, people think that classical music is not enjoyable, that it’s only for the purists,” said Mr. Suntook. “It’s very important to demystify this music,” he added.

The September season starts on Thursday night at Mumbai’s Jamshed Bhabha Theatre with the first of three concerts aimed at celebrating German classical music. The other two concerts are Sept. 25 and 30.  Directed by German conductor Christoph Poppen, this is a rare chance for the public in Mumbai to hear live performances of Beethoven, Richard Wagner and Gustav Mahler.

This is the 13th concert season of the orchestra, which performs twice a year, in September and in February. 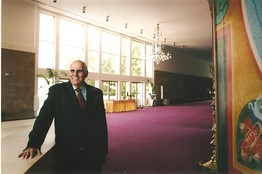 Today, the orchestra has around 80 musicians who play woodwind, brass, string instruments as well as piano and percussion. Few of them are Indian: just 17, the rest are foreign. Part of the reason, says Mr. Suntook, is that the absence of reputable music conservatories.

And the orchestra struggles to attract a varied public. Of the audience, “60% are Parsis and from the diplomatic community,” estimates Mr. Suntook.

Mumbai’s Parsi or Zoroastrian community has historically been more drawn to Western classical music than others and has been credited for keeping this tradition alive in the city. Among them is Zubin Mehta, an internationally-renown conductor and director of the Israel Philharmonic Orchestra. His father, orchestra violinist Mehli Mehta, in 1935 founded the Bombay Symphony Orchestra, which closed down in the mid-19950s, when the senior Mehta left the country.

In recent years, the Mehli Mehta Music Foundation, which focuses on music education and was set up in 1995, has helped promote a greater awareness of western classical music in the country.

← Firoz Rustomji Batliwala: Remembering the Poet on his Death Centenary