We are not mama’s boys, say Parsi men

Are Parsi men Mama’s boys? Are Parsi women really fussy?’ This was the topic of debate at a matrimonial meet for 108 eligible Parsi men and women on Sunday. Of course, the men and women refused to accept these stereotypes and argued against them.

The initiative was part of the Jiyo Parsi scheme, a government initiative launched in 2013 to stem the decline of India’s Parsi population. The number of single women who participated in the Special Parsi Matrimonial Meet was 30 as against 78 single Parsi men. They had come from all corners of the country – Ahmedabad, Bangalore, Surat, Lucknow, Hyderabad, Pune and Navsari. Demographically speaking, 31 per cent of Parsis are aged above 60 and 30 per cent are unmarried.

Anahita, 28, (name changed) from Mumbai said that the girls dismissed their ‘fussy’ image during the debate by saying that while they were not ‘fussy’, they had a right to have high standards. “The boys refused to admit they were Mama’s boys, as they respect their mothers and would in turn respect their wives.

The number of Parsis are dwindling like ‘bhonu’ during lagan (food at a wedding). We want to arrest this decline,” she said.

Feroze Sukhadwala (28) (name changed) from Mumbai, who participated in the debate, admitted that Parsi men are close to their mothers. “We are attached to our mothers and we follow their instructions. They take decisions for us but that doesn’t mean we are Mama’s boys,” he said.

There were 27 participants from Mumbai and nine people formed a group to debate this topic. While the men tried to defend themselves, Parsi women laughed off their ‘fussy’ image. “Being choosy about our careers, our way of life and our life partner doesn’t necessarily make us fussy,” said Mahafreed Sonawala (32) (name changed).

Explaining the rationale behind the meet, Kety Daruwalla, co-convenor of the matrimony event, said, “Parsi women are highly educated. They do not wish to marry till they are engrossed in their careers. Their expectations are high. This platform was to bring eligible Parsi men and women together, so that they know there are choices. Hopefully, there will be wedding bells soon.”

The meet turned out to be fortuitous for Arize Katpitia (30) and Dilshad Chiniwala (25), both residents of Surat, who were happy to have found each other. “I have been lucky. I met Dilshad at 12.30 pm today and we had a long conversation till 2 pm. We have both decided to go forward,” said Arize.

Dilshad added, “This is the best thing to happen to the community. It isn’t an easy job to find a suitable match. At least, we know about eligible Parsi bachelors through this meet.”

According to a Tata Institue of Social Sciences study conducted four years ago, 40 per cent of Parsi men and 30 per cent of Parsi women remain unmarried. Responsibility towards old and ailing members of the family, lack of opportunity to finding a suitable match, aversion to the joint family system and low motivation to marry are cited as reasons for this. 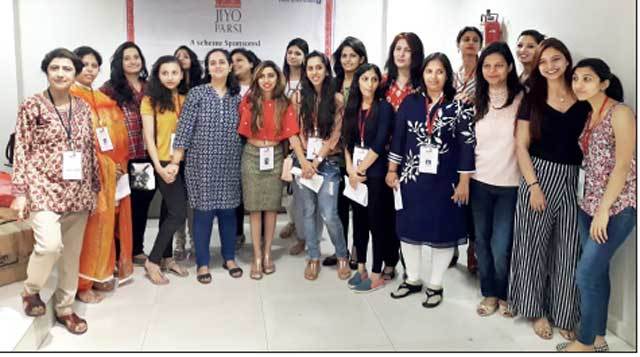 Aspy Bharucha, convenor of the event, said, “Through this meet, Parsis from different walks of life were brought together to decide about their future. They can keep in touch now.

At the end of the meet, seven boys and girls have confirmed that they will start their married life. Seven out of 30 girls is a good ratio.”

← Can you crack this 150-year-old cloth merchants’ code?

We Always Talk About Freddie Mercury’s Sexuality, But What About His Confusing Racial Identity? →